All the scenes are version controlled on my GitHub page. You may do whatever with it - but I would like to hear about it - in the unlikely case that anyone do anything like that.

In order to improve the look of a previous version of this site, I switched to a theme which included the option to rotate between a number of images in the header.

The header1.pv is based on a very plain plane (pun intended), to form a uniform background. I didn’t want the header to be too busy. I added one of the standard “insert objects” called “while loop circular singular helix”. I adjusted some of its parameters, changed the define into a macro allowing me to modify the color of each of the composing balls was we move around the circle. I chose to use the HSV color space as I could easily create a nice rainbow effect with strong colors.

The directory Backgrounds contains some attempts to make some nice desktop backgrounds. The iso-surf.pov one is fairly nice 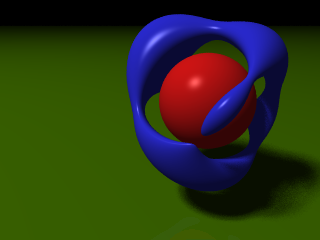 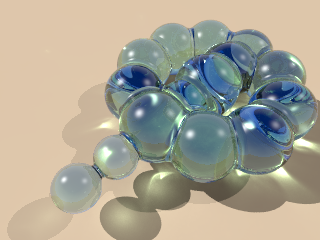 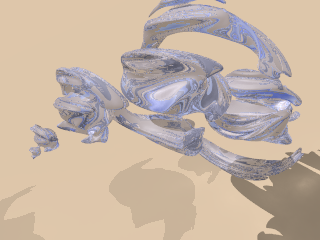